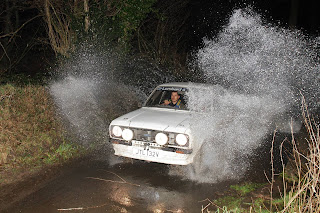 The 2020 Scottish Navigational Rally Championship (SNRC) is ready to go, and the first round will be on the evening of 22nd/23rd February 2020.


The John Robson Rally (Interclub) and its associated Trophy Rally (Clubman) is a new event in the Championship and will, I suspect, be quite different to what you are used to.  It is organised by Hexham & District Motor Club who are based in the North of England for a start!  I suspect the format will be similar to the greatly missed Aquarius Rally that formed part of the Championship until last year.  The event also promises to allow you to compete against a much larger entry than we are currently experiencing in Scottish events - last year it had over 40 crews competing.

Regulations for the 2020 Championship, the John Robson Rally and the second round - Saltire Rally Club's Moonless Rally in Perthshire on 21st March - can found in the Downloads section of the SAMSC Navigational Rally page.