Last call for Thursday evening, 4th February - rallying starts here, if you're up for it!

For one night only the sport of rallying will throw open its doors - and its bonnet and its boot too - for public inspection this coming Thursday 4th February. All facets of the sport will be gathered under one roof and all are invited. If you've ever wondered how to get started in the sport this is the event for you.

Gathered under one roof will be a display of competition cars, with drivers, co-drivers, club and championship representatives, event organisers and rally marshals, medical crews and breakdown and recovery experts, all of whom combine to make this sport what it is.

Amongst the guests are World champions and British Champions, Scottish Champions and Club Champions including Robert Reid, John Cleland, David Bogie, Euan Thorburn and Jock Armstrong and many, many more. And to help the evening along, sports pundit and broadcaster - and rally fan - Stewart Weir will be on hand with a microphone to interview the rally stars and chat with the visitors.

Organised by the Scottish Association of Scottish Car Clubs, the biggest problem they face is, how are they going to fit all of this into 3 hours? 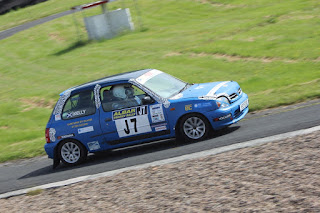 Included in the line-up are two youngsters contesting the 14-17 year old Junior Rally Championship, Dale Kelly and newcomer Amy McCubbin. So if you are in that age group get your Mum or Dad to bring you along. 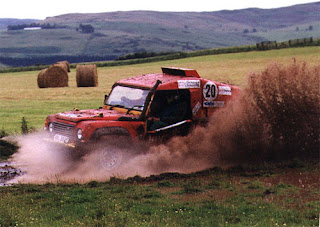 Hill Rallying will also be featured strongly on the night with representatives on hand to describe the appeal of all-wheel drive vehicles, muddy tracks, deep ditches, deeper puddles and plenty of fresh air. And if you think this is just a form of mud-plugging forget it. On show will be a Milner LRM-1. It may look like a Range Rover Evoque but it has a rear mounted 6.2 litre V8 producing somewhere in the region of 440hp. What you might call a 'real beast' in the forest. And if you think that's too much to handle, then all you need to get started in this game is a bog standard Land Rover, and it doesn't need to be a new one!

It all gets underway at 6pm at the Pentland Land Rover showroom at Hallbarns Crescent, Newbridge - under the flightpath at Edinburgh Airport! And it's FREE, including a Tunnock's Tea Cake or two if you get there early.

A free Prize Draw for all visitors will also be held on the night with the winner walking away with a Knockhill Rally Experience voucher and there will also be a £50 Voucher from Turner Autosport for second prize.