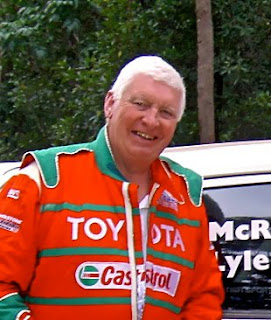 Bruce Lyle was unanimously appointed as Chair of the Association on an interim basis until the next Annual General Meeting.

This is a key appointment for the Association as not only does it provide us with the leadership the Association needs at this time but Bruce will also, over the next few months, oversee the recruitment of a successor.

A successful and experienced former competitor himself, Bruce has held varied senior positions across Scottish motorsport over many years including representing Scotland on the Motor Sports Council. 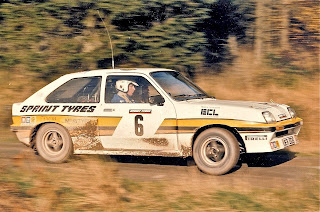 After the March meeting we received an application from a new club, Borderlands Motor Vehicle Club, whose mission is to take standard electric vehicles to schools and colleges to introduce young people to motorsport in standard cars.

We fast-tracked the application with a postal vote, to enable them to run an event at the Sir Jackie Stewart Classic, at Thirlestane Castle, the weekend before the June meeting.

The meeting unanimously agreed to accept a membership application from the Bo’ness Sporting Automobile Club.

The club has been formed to ensure continuation of motorsport heritage at Kinneil Estate, Bo’ness and intends to hold a speed hill climb there in September.

The meeting was sorry to learn that the Bo’ness Hill Climb Revival club has closed.

Motorsport UK in solidarity and support of Ukraine

As has been announced previously, Motorsport UK has launched a fundraising campaign to purchase an armoured ambulance, endorsed by the Ukrainian Ambassador & Embassy, on behalf of the UK motorsport community, in solidarity and support of the Federation Automobile d’Ukraine (FAU).

With the agreement of the meeting, the Association has made a donation of £250 and it was also agreed that all member clubs be asked to consider making their own donations direct to the fund.

The practice of holding an annual Dates Meeting will be re-introduced. The first meeting will consider the proposed 2023 Events Calendar. The date and venue of the meeting will be announced shortly and all clubs should be represented. The aim of the meeting is to identify and as far as is possible resolve date clashes and hotspots and also help manage the increased pressures being placed on event resourcing, including marshals, officials and rescue, recovery and other specialist personnel.

Following on from discussion at the meeting of a letter from Glenrothes MSC, five clubs – Border Ecosse, Condor, Dunfermline, East Ayrshire and Glenrothes – have agreed to meet to set guidelines for choosing dates, then, when the Rally Championship Steering Group calendar is available, attempt to choose dates that fit within the gaps in that calendar to minimise date clashes.